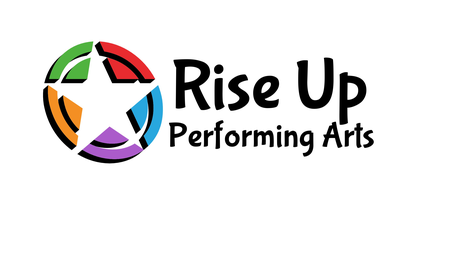 Home
About
Get There
Tickets

By Rise Up Performing Arts (other events)

The Dalmatians Pongo and Perdita happily raise their Puppies — Penny, Pepper, Lucky, and Patch — in a small, loving home on the edge of Regent's Park in the city of London ("Dalmatian Conga"). As the Dogs Of London narrate, Nanny cares for all the Dalmatians, including their human "pets": Roger, a composer, and Anita, an artist. Part of the family's cherished routine is watching their favorite TV program ("Thunderbolt Adventure Hour") and singing along to the super-catchy commercial theme song for their favorite snack ("Kanine Krunchies").

One day, their wealthy neighbor, Cruella De Vil, stops by and, admiring
the spotted puppies, realizes they are just what she needs to complete her fabulous fur collection. When Roger refuses to sell the Dalmatian pups, Cruella storms off ("Cruella De Vil") and plots with Horace and Jasper to steal them ("Cruella's Scheme").

With Nanny and Anita out of the house and Roger asleep in front of the
TV, Cruella's henchmen lure the puppies away to her fur vault using Kanine Krunchies as bait ("Kanine Krunchies – Reprise", "The Fur Vault"). Realizing their beloved puppies were stolen, Pongo and Perdita appeal to the Dogs of London for help ("Twilight Bark").

Meanwhile, the puppies discover they are not alone in the fur vault. Other Puppies, including Freckles and Spotty, explain to the Dalmatian pups where they are and what's to become of them. Despite being surrounded by police, Cruella is determined to get her new fur ("My Beautiful Coat"), even as the Dogs of London — headed by the resourceful cat, Sergeant Tibbs — rescue all the puppies from the fur vault ("The Chase"). As a Police Officer and Dogcatcher capture the three thieves, Roger, Anita, and Nanny imagine a puppy-filled happily ever after ("Dalmatian Vacation & Finale") with their adopted 101 Dalmatians!

other events by this organization